The Computer Vision Center has been granted a project that will take the latest AI research to the public, in a series of work groups, seminars and debates that go under the title ‘Artificial Intelligence, ethics and public participation’.

The project, which intends to empower citizens by giving them accurate and specific information of the latest achievements within the AI industry and research centers, will include all actors of society, in order to discuss about AI and ethics in five specific areas: Autonomous driving, Marketing and social networks, Health, Education and Digital humanities. Each session will be coordinated by a CVC researcher, and will count with professionals from industry, academia, citizen associations and public administration.

The project will start in October 2018 and end in March 2019, with a final session at the Catalan Parliament where all the steps and actions proposed by the work groups will be compiled and brought to the MPs. The project has a clear citizen oriented focus and intends to be a channel to visualize the 3Os strategy proposed by Commissioner for Research, Science and Innovation Carlos Moedas: Open Science, Open Innovation and Open to the world.

The project is coordinated by CVC’s Communication Manager, Alexandra Canet, and UAB Professor, Silvia Puente, and will be articulated in five focus groups consisting of citizens and sectorial associations which will actively participate in the different seminars, dialogues and debates proposed. The idea is to configure a space in which all agents feel free to express their thoughts, doubts, fears and needs and thus point out to politicians the current preoccupations of citizens regarding AI regulation.

The project counts with the participation of other research units and centers such as the AIII-CSIC (The Spanish Research Council’s Artificial Intelligence Institute), the CRM (The Catalan Mathematics Research Center), or the Philosophy Institute in Madrid. It will also count with Universities such as the UAB, UPF and UB. Industry will be highly present, with names still to be confirmed, and professionals from the Public Administration on each topic will also play an important role during the project. 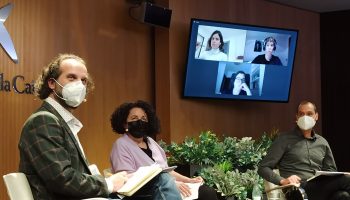 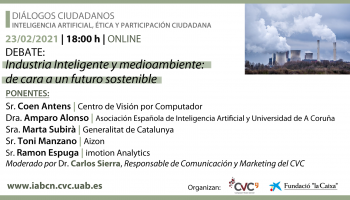 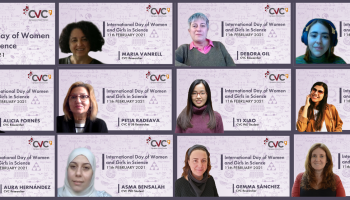