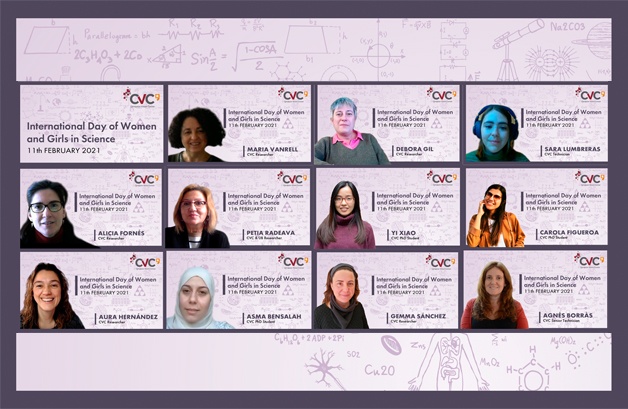 Although females make up at least half of the world population, they represent less than 30% of researchers worldwide, according to a report made by UNESCO. This rate seems more hopeful in the case of Catalonia, in which as stated in the report “Gender bias in staff recruitment, promotion and retention at universities (2019)” by Vives Network, women are 42% of the research and teaching staff at universities. However, this near equality can be tricky if we dive into the different indicators and segments.

The report reflects that equality in research and teaching staff at Catalan Universities is not homogeneous at all in the different areas of expertise. In the case of science and technology, as it is true that in Health Sciences the percentage of women is 49%, this figure decreases in the case of Experimental Sciences (36%) and, especially, in the field of Engineering and Architecture, with only 24%. This dynamic is also reflected when we analyze the student enrollment in university careers: while 70% of women enrolled in Health Sciences-related careers in Catalonia in 2017, only 24% did so in engineering.

One the other hand, vertical segmentation is just as worrisome. The study reveals that inequality is accentuated in the highest ranks of the academic career. Among the most significant data, it shows that less than a third of the main researchers in research projects are women and also that there is 1 female Full Professor in Engineering for every 6,6 men.

Long-standing biases and gender stereotypes are steering girls and women away from engineering and technology-related fields and in this case, Artificial Intelligence (AI) is not an exception. According to the Global AI Talent Report of 2020 by JFGagne, the ratio of women publishing AI papers on arXive was 15,4% and the portion of publications by female researchers at top AI conferences were 18%.

As we have already seen, there is still a lot of work to be done in order to achieve full and equal access and participation in science for women and girls. For this reason and in order to achieve gender equality and the empowerment of women and girls, the United Nations General Assembly declared the 11th of February as the International Day of Women and Girls in Science.

At the Computer Vision Center, we are committed to the visibility of women in science and technology and we feel the responsibility to inspire female interest in STEM (Science, Technology, Engineering and Maths) disciplines, especially those in which they have a lower representation. For this reason, we have celebrated this special day by highlighting the stories of our female researchers and technicians and we have asked them to tell their experiences: why they decided to study a scientific career? Have they ever felt any discrimination for being a woman in science? What advice they can give to young girls? Let’s know what they have to say: