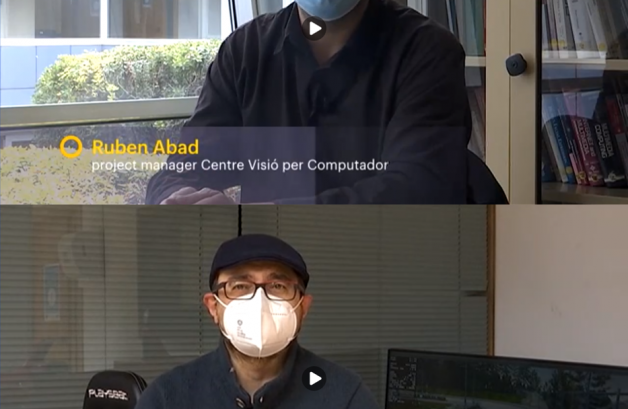 Dr. Antonio López, CVC researcher, and Rubén Prados, project manager of the CVC project "Public Transport with Autonomous Vehicles in a Rural Environment", were interviewed by Alba Castilla at the program Visions (Vallès Visió) to talk about the vehicle and the mobility of the future.

The automotive industry is still exploring the possibilities of autonomous driving, but there is still a long way to use it in our day-to-day. So far, only small semi-autonomous add-ons such as speed or safety distance controls are commercially available. But a 100% autonomous car represents much more complex challenges.

"We are testing autonomous vehicles, but they always follow the same route, without intermediate incidents, obstacles, or people. But we do not know how they will go on public roads”, explained Rubén Prados.

To get this knowledge, they are working on two directions. On the one hand, the automated system considers the different variables for driving a vehicle autonomously. On the other hand, it feeds on the tests that people can do through a simulator, similar to that of video games, to learn, too, about human behavior. “You can develop an Artificial Intelligence that forces the cases of most interest trying to make the autonomous driving system fail. So, you have a kind of game in a system that tries to work well and another that tries to fail ", explains Dr. Antonio López.

To make this technology applicable on a day-to-day basis, the public roads would also need to be adapted. In this sense, Smart Cities will play a key role.

You can watch the interviews here (in catalan)

You can watch the full program here (in catalan)

In the media News