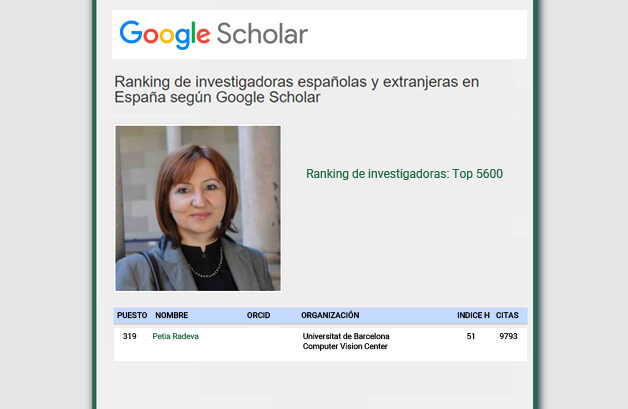 Dr. Petia Radeva on the first 6% of the most cited female resesarchers according to Google Scholar

Dr. Petia Radeva, a Computer Vision Center (CVC) and University of Barcelona Senior Researcher, has been included in the first 6% ranking of the Spanish and foreign most cited female researchers according to Google Scholar.

We want to join CSIC's encouragement to all female researchers to create a profile on Google Scholar including the ORCID and RoR identifiers, and to keep up to date their publications' list in order to be considered on future editions of the ranking.