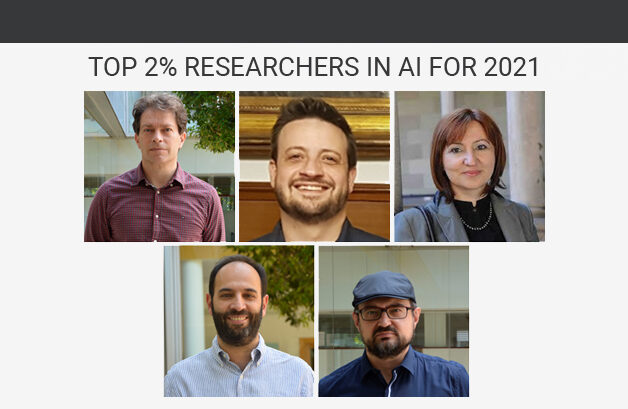 We are more than happy to announce that 5 of our #CVCPeople scientists were featured in the "Top 2% researchers in #AI for 2021"👉 September 2022 data-update for "Updated science-wide author databases of standardized citation indicators" - Elsevier BV (digitalcommonsdata.com).

This ranking is created every year and makes publicly available a database of top-cited scientists providing standardized information on citations, h-index, co-authorship adjusted hm-index, citations to papers in different authorship positions and a composite indicator (c-score). Separate data are shown for career-long and, separately, for single recent year impact. Metrics with and without self-citations and the ratio of citations to citing papers are given. Scientists are classified into 22 scientific fields and 174 sub-fields. Calculations were performed using all Scopus author profiles as of September 1, 2022.